History and Introduction of the R & D Center

A secondary unit of TCC, China Tianchen R & D Center was established on May 30, 2008, located at No. 2 Jingtong Road, Beichen Science Park, Tianjin. R & D Center (Tianjin Tianchen Green Energy Resources Engineering Technology and Development Co., Ltd.) is a crucial platform for TCC’s technological innovation. Relying on this platform, TCC’s R & D Center has been recognized as a “National Enterprise Technology Center” by the National Development and Reform Commission, Ministry of Science and Technology along with other five departments, and TCC was recognized as a "high-tech enterprise" for this reason. TCC will give top priority to the R & D Center to undertake the mission of driving the company's coordinated development of engineering, industry and trade. At present, includes 32 Master's Degrees or above, there are 52 researchers in total. It has obtained many R & D achievements such as the green production process of caprolactam, the green process of propylene oxide (HPPO) by hydrogen peroxide direct oxidation, and methanol to propylene (FMTP) by fluidized bed.

The R & D Center is the first R & D center of CNCEC, and was recognized as the enterprise technology center by Tianjin Municipality in September 2009. Its post-doctoral research station was established in August 2010; and in the following year, the Green Energy Company’s laboratory was recognized as the Entrepreneurial Key Laboratory of Green Reaction Engineering of Tianjin; Green Energy won the "2012 Tianjin May 1st Labor Certificate" and the Tianjin Science and Technology Progress Award in 2013 and 2017; followed by the China Petroleum and Chemical Industry Patent Excellence Award in 2017 and was awarded Appraised as an advanced collective of central enterprises in 2019; furthermore, in March of 2020, it passed the certification of national key epidemic prevention and control material production enterprise held by SASAC.

The R & D Center is positioned to build a "green-chemistry technology amplification and pilot-scale experimental base", to implement the engineering concepts to the whole life cycle of research and development, to give full play of the company's engineering and technological advantages in the industry, and to build a bridge of industrial pilot tests and amplification between fundamental scientific research institutions and chemical production enterprises in order to shorten the R & D cycle of new technologies, to increase the speed of industrialization of new technologies, and to promote the development of chemical industry towards environmental-friendly, atom economy and circular economy. 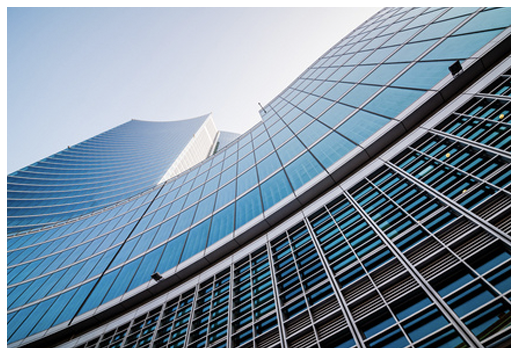